Tim was born and raised in Yellowknife, Northwest Territories. He is an active outdoorsman, having grown up running sled dogs in the winter and hauling canoes over portages all summer. An avid fisherman growing up in the NWT, he has had to learn the finer arts of bow hunting in Alberta where there are fewer lakes and rivers.Tim earned his Bachelor of Education (with Distinction) from the University of Alberta in 2002, and earned his Bachelor of Laws from the same institution in 2005. After completing his formal education, he articled with a national law firm in Yellowknife. In 2006 Tim was called to both the Bar of the Northwest Territories and the Alberta Bar and continues to be an active member in both jurisdictions. In 2006 he moved toGrande Prairie and practiced as a partner in a local firm until July 2011.

Tim is a community minded person. He has been actively involved in the community, coaching wrestling, playing music at church, and taking part in the local archery league. Tim will be serving as a sessional instructor at Grande Prairie Regional College teaching an introductory law course and has also regularly conducted legal presentations as a volunteer with the Grande Prairie Council for Lifelong Learning. Tim also serves in the Grande Prairie Legal Guidance program.

Tim is married to Kirsty and together they have three young sons. They have recently moved onto a farm and are learning the trials experienced by the 21st Century Farmer!

Timothy Bayly and the team at KMSC is top notch. Always a Pleasure working with them! thank you for easing the stress of purchasing and selling our home and looking after our Business deals.

Great experience working with Tim Bayly. He answered all of our questions thoroughly while enjoying some laughs! Big thanks for helping us on our journey to being home owners!

Tim Bayly is incredibly savvy and down to earth. He will only give you the best legal advice!

Mr. Tim Bayly manages to be extremely professional and fun and friendly at the same time. Recommend him to all my family and friends.

Tim Bayly shared his advice as to why someone should use a lawyer for a home purchase. It was insightful and passionate. I appreciate Tim's knowledge and dedication to his profession.

Tim Bayly has always maintained a professional outlook and has given excellent advice to me and my clients. I would recommend his legal services to anyone that required assistance. Thank you Tim.

Tim Bayly goes above and beyond and exceeds expectations for legal advice and services. He is prompt and communicates in a manner that ensures understanding among what the average person might term "legal jargon". I would feel very comfortable referring friends and family to Tim and I do so every time I am asked "do you know a lawyer?"

Tim Bayly, I met Tim in the winter of 2015 when he helped my partners and I incorporate our company. sense then Tim has helped me sell, set up, do Unanimous Shareholder Agreements for companies, review NDA's, provide mentorship, leadership concepts and be a true person who cares for the well being of his client. Thank you Tim for everything you have done for me and my family. KMSC law is my first choice for any law related concerns

Tim has always given myself and my business prompt courteous service, working well within the timelines laid out. He is an asset to have and will see the job through. Keep up the great work!

Our family has benefited from Tim Bayly's expertise along with above and beyond service a number of times. Tim has helped us with wills, personal directives and numerous real estate transactions with nothing less than outstanding service. I have, and will continue, to refer friends and family to Tim for legal services. 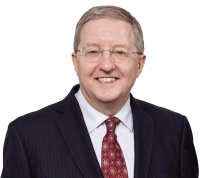